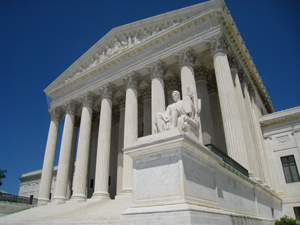 In a decision affirming two lower court rulings, the Supreme Court of the United States ruled that states do not have the right to restrict or prohibit video games sales based on violent content.  Video games are now a legally recognized form of free speech.  The case in question is known as Brown [originally Schwartzenegger] (Governor of California) v. Entertainment Merchants Association, or just Brown V. EMA, docket # 08-1448.

The case was originally argued on November 2, 2010, and although a ruling was expected by June, it was something of a surprise that it took this long to publish. The Court calendar indicated that today was the last regularly scheduled day for making a ruling, and apparently the end of June deadline for decisions, though not inviolate, it taken fairly seriously.  (It would, however, have been amusing if a video game decision had slipped.)

The wait was worth it, as the decision was clear and unequivocal.  It rules, explicitly, that “Video games qualify for First Amendment protection.”  Further, it rules that the proposed law in California (and, by extension, any similar law) does not “satisfy strict scrutiny”, so the original (correct) decision was upheld and the law has been completely struck down.