This year is poised to be the “Year of Cool” (so read on).

Here we are a couple of weeks into 2016 and, having fully recovered from our year-end break, and I have already seen enough to declare that 2016 is the “Year of Cool”.

For many years, my definition of a “cool” product has been something that is really intriguing, enough to make somebody want it, but is ultimately not worth buying, or just generally pointless.  It is the kind of thing that you may be excited to receive as a gift, but very quickly begins to just collect dust.

It seems to me that early October, 1929 probably felt like one of the coolest times in the history of the United States (not that anybody would remember it that way).

Note that there is nothing wrong with “cool”, per se.  It is wonderful that we (some of us) have the luxury to pursue cool stuff for the mere sake of it.  It is enviable that certain products and people exude such a sense of style; equally, it is undeniable that without any actual substance, they are not particularly beneficial in the long run. 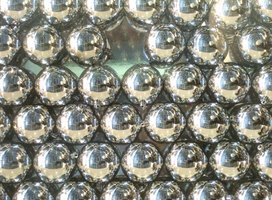 For example, a collection of ball bearings is definitely one of the coolest things to see and handle, but it does not really have a function until they are put into a pinball machine (or a bearing, I suppose 🙂 ).  My friend used to have a box filled with dimes; surprisingly cool, so much so that I have often thought about recreating this, but it illustrates my point nicely.

This year, for the first time in decades, I had a motivation for paying attention to CES (Consumer Electronics Show) in Las Vegas.  Perhaps this skews my perspective, but most of the “innovative” products that got “everybody” (i.e., the tech press) talking seemed to elicit the necessary question: “Why?”

Now several products I saw did have benefits for a particular market.  I was intrigued to see the Nima portable gluten tester, but only because my family happens to be affected by Celiac disease.  Of course, Stern Pinball is always worthwhile.

It remains to be seen if any of the “game changing” technology touted as the next big thing will actually have any lasting general impact.  (Light bulb speaker, anyone?)

Here’s hoping that your 2016 is fantastic!