Enjoy Hallowe’en, Samhain, All Hallows’ Even, and Day of the Dead.

The above card images are from the Halloween Card Set, available for all of our Solitaire games [*] as a free download of the Holiday Card Set Pack.

[* Disclaimer: An exclusion applies for games purchased through the Mac App Store, which forbids the installation of new card sets from this download.  These card sets can be installed for MAS games, but the process is convoluted.]

This is a great collection of solitaire games with a nice interface. 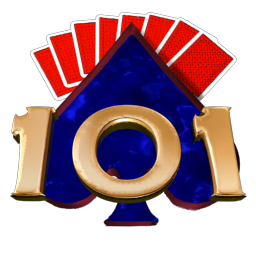 Goodsol Development has published Goodsol Solitaire 101 version 2.12, a maintenance update to this collection of the most played solitaire games for both Windows and Mac OS X.

Goodsol Solitaire 101 contains 101 games, including Klondike (a.k.a., “Solitaire”), FreeCell, Spider, and many other favorites.  This version has an updated game selection interface that makes it quicker to find games and easier to organize them as desired.

In Goodsol Solitaire 101, you can play any of more than 2 billion deals for each game, and the program keeps track of your score and time on each deal, as well as other statistics.  Better yet, you can play in climb mode, where deals are played in ascending order for a total score, for direct comparison with other players.  The game list can be arranged according to any of the statistics, and automatic groups let you select from, for example, games you have not played yet.  Of course, all scores can be reported to the online high score server, which shows results for individual games and lets you compare your results against other players (even those on other platforms or using different Goodsol products).  You can also customize your experience by using different free card sets, such as the Halloween Card Set, perfect for the current season.

You can download a free 30-day trial version for Windows 8/7/Vista/XP or Mac OS X 10.4 or later (Tiger, Leopard, Snow Leopard, Lion, or Mountain Lion).  When you buy a copy here for only $19.95, you get both Windows and Mac versions for one low price.  You also get access to 34 bonus games not available in the trial version.  Note that this is the largest current Windows version that supports climb mode (unless you apply to be a beta tester on the Goodsol Solitaire Forum); Mac users may want to consider Pretty Good Solitaire Mac Edition as well.

Goodsol Solitaire 101 is one of the games based on our proprietary Goodsol Solitaire Engine, for which your humble blogmaster was the sole programmer and primary designer (with Thomas Warfield).  GSE currently runs under Windows and Mac OS X, obviously, with a version for iPad in the testing phase, and it is regularly being improved to provide additional features (and, for some products, even more games).

Development tip of the day: Adding standard C++ files to an Xcode Objective-C++ project causes the .pch file to compile as straight C++.

Save $7 on this arcade-style game of solitaire against the clock. 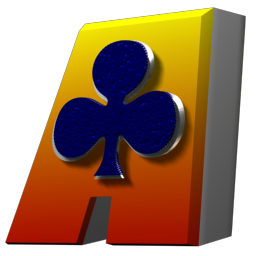 Goodsol Development has published Action Solitaire 1.50, a significant (and long awaited) update to this arcade Solitaire game for Windows.

In Action Solitaire, you play rounds of Solitaire against a timer for points; earn enough points and you advance to the next level.  Strategy involves not only deciding which moves to make, but also consideration of tradeoffs between actions that cost points (like undoing a move) and acceptance of a suboptimal result, as well as determining when to just accept the current bonus points versus continuing to play.  A wide variety of different games, with varying lengths of play, provide an addictive challenge for any player.  All games have two online high score charts (recent games and all-time scores) so you can compare/compete with hundred or thousands of other players around the world.

You can download a free 30-day trial version here, and you can buy a copy here for the reduced price of $19.95.  Wait!  There’s more!  If you act now you can save $7 on Action Solitaire, which is less than 18 cents per game; however, I do not know how long this offer will last, so you should stop waiting and start playing.

Action Solitaire was programmed entirely by yours truly, and it has now been around, actively maintained and supported, for 9 years, though it is only available for Windows at the moment.  If it gets a little extra outpouring of appreciation, we should be able to justify versions for Mac OS X and iOS (iPad).  If you want this to happen, please let us know!

Quiet?Hardly.We have shipped *9* SKUs, and prepared 5 more, within the past couple of weeks.#whatheavydevelopmentlookslikeontwitter

Development tip of the day: If you do any work in a virtual machine, be sure to check/update clock settings after resuming a suspended VM.

Where Gamecraft has been recently.

As regular readers will have noticed, this blog has spent a little time offline, and even more time without new content, although even occasional browsers will see that it now has an exciting new look.

In the past two months, we have had crashes of our most important Mac OS X, Linux, and Windows systems (in that order).  These were significant setbacks in and of themselves, but when a microISV is producing at full speed, and roadblocks are encountered, something has to give.  In this case, this Gamecraft blog was one of the casualties.

The initial Mac OS X issue was a terminal hardware failure of the primary development system, but it was compounded into a major problem by Apple’s ill-advised deprecation policy, since no new replacement hardware would run the version of Xcode and build tools we use to support all of our Mac customers.  (Say what you want about Microsoft, but they treat developers way better than Apple.)  We finally resolved the development issues by obtaining and installing old server versions of OS X in Parallels, but we are still screwed out of being able to properly test under Lion, Snow Leopard, or Leopard without buying old used equipment.  [insert appropriate expletives here]

The Linux (Ubuntu) issue was a bootstrap failure on our web server caused by a power outage during a major upgrade (and assisted by the new procedure of displaying update text and requiring user input to continue, without which the window of “opportunity” would have been much smaller).  Once it became clear that there was not going to be any reasonable way to recover/continue, it was not too bad rebuilding the system, and a little bit (including the entire database for this site) survived intact without requiring restoration.  Unfortunately, the server configuration (i.e., the hard part) was not fully recoverable, so that took some time to get working (and is still not completely to my liking).

The Windows issue stemmed from a (poorly timed) decision to upgrade my primarily development system to Windows 7 prior to public release of Windows 8 (a.k.a., Windows Ugh).  I almost always do clean installations, rather than upgrades, for my Windows systems, but the above issues suggested to me that I should do a 32-bit upgrade to minimize the disruption.  What I did not know is that in the interest of “security”, Win7 no longer supports the domain controller we have been using internally for many years, so the upgrade could not sign in, so it could/would not access the user information for my account, so the Start menu, registry, and other user-specific settings were all gone.  Result: All of the program files were installed, but the products ranged from working if manually launched to completely unusable.

After all of this, as a side note, everybody in the office experienced a tenacious respiratory illness that interfered with productivity as well.  (I would draw a parallel, except that only in the physical world was a virus involved.)

So, at present, all of our systems are back in working order.  We used the opportunity to improve our Mac OS X development process, including the introduction of code signing to support Gatekeeper, and the builds are running on a faster machine (which almost counterbalances the slower virtualized system).  Likewise, we ended up maxing out the Windows system memory and installing Windows 7 (64-bit) from scratch, giving better performance all around (except for the few old 16-bit tools I still used, which no longer run).  For the web, we decided to build a better blog (first) and then devote appropriate attention to our other sites, which, frankly, had been mostly neglected.

In the meantime, of course, we have remained steadily engaged in development, producing several new game versions and upgrades, as well as progress on a few new products, so expect a number of announcements (many after the fact) soon.

In the future, we will be utilizing the new and newly rebuilt development systems to full capacity, producing new and updated products for a multitude of different platforms, including (primarily) iOS, Windows, and Mac OS X.  Our new web sites will (also) be announced here as they are published, and we have plans to begin publishing game reviews for both Indie and AAA titles.

Please be sure to subscribe to our feed.  Thanks!