An IGDA Detroit gathering is scheduled for Thursday. 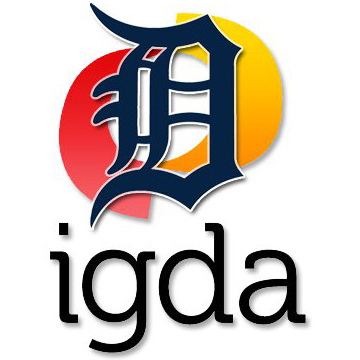 IGDA Detroit, the Michigan chapter of the International Game Developers Association, will be having its April meeting tomorrow.  As per the recently established custom, every other chapter meeting (even months) is a social event, or “pure networking” if you prefer, at an area establishment.

Attendance has been on the rise for every IGDA Detroit meeting so far in 2011, and I hope for that trend to continue.  The newly elected Board of Directors is introducing door prizes for such things as traveling distance (to the meeting) and new members, so it could pay off in more ways than just the camaraderie, business contacts, and practical game development information.  Come join us!

One topic of conversation is certainly going to be the IGDA stance against Amazon’s new Appstore Distribution Terms (and, specifically, how said terms are potentially very detrimental to game developers).  More about that soon…

February/March spent some time in the doldrums.

In this periodic update to my productivity game based on Careers (for accountability), I have to admit to slower than expected progress.  As a reminder, the basic goal and object of the game is to reach 20 points in each of the three categories.

At this point, my scores (in deadline order) are:

I was expecting to have reached my goal (20 points) in the Fame/Accomplishment category by April 1st, and that would have a knock-on effect for the Money/Finances category, but instead my focus reduced progress in the Happiness/Health area instead.  Bah.

“An explanation, not an excuse.”

Although the tangible progress is less than I hoped right now, I have (with the exception of one bad week) been working hard and long on a number of different projects.  My work on the Goodsol Solitaire Engine (which powers all of our solitaire games) got bogged down in a couple of new features and the associated interface changes on Mac and Windows, but that is almost resolved now, and the iPad version has been making progress, too.  I count five (5!) new titles and major product upgrades due in the next month or two.

According to a company spokesman, the move is intended to eliminate confusion between the two similarly named products, and now that Rovio has secured $42 Million in financing based on a fluke success of a significantly derivative title, unlikely to be repeatable to investor expectations, the funding will be used primarily to find other “business opportunities” rather than continue actual game development.

“After the untold effort and expense of assuring that Rovio and Angry Birds were mentioned in every single GDC [2011 Game Developers Conference] session this year, some attendees were still referring to us as ‘Roxio’, and that has to stop,” says Peter Vesterbacka, a US-based executive for Rovio Mobile.

Although Rovio Mobile has discussed its IPO plans, it is not yet a publicly traded company; nevertheless, Angry Birds dropped three positions in the App Store on news of the lawsuit.

This lawsuit could set a new trademark precedent, as Roxio was producing software under that name several years before Rovio even existed; however, the plaintiff is attempting to officially establish the acknowledged “we’re just bigger” exception to trademark law, which makes the timing of this filing essential.

Meanwhile, the media battle continues outside the courtroom.  Roxio’s parent company Sonic Solutions was itself acquired by Rovi Corporation.  In retaliation, Rovio announced an Angry Birds collaboration with Rio; Rio is an animated movie to be released April 15, with an appropriate tagline: “this turkey can’t fly“.  Industry sources indicate that Roxio’s next move to solidify its trademark claims will be a foray into the pharmaceutical industry and associated commercial use of “Rx“.